In Episode 3 Michael talks about the benefits and current features in their current App, the next stages following their private beta launch for automated personal injury settlement services, and their ramp up! And yes, they will be hiring!

Painworth users are usually people with injury claims that may fit into a proposed payment settlement of less than $100,000.  Some users may not yet have legal representation.

The ones that already have legal representation use Painworth to estimate the value of the claim that they may be entitled to claim.   It’s about sizing up your personal injury settlements!

Key features of their current App include faster settlements, fairer payouts, bigger net savings to claimants, and full support through their App process.

Michael Zouhri is an Edmonton based entrepreneur who has previously won several awards including top 40 under 40, and a 2012 Queen Elizabeth II’s Diamond Jubilee Medal. He is deeply community minded and regularly involves himself with projects that are interesting, creative, and advance the social good. Mike is the Founder & Chief Product Officer of Painworth. 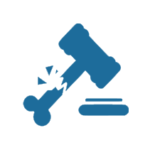 PainWorth seeks to streamline and simplify injury law by automating personal injury settlements. When a victim is injured, they can use the software to assess, calculate and settle their own injury claim. The system uses data science to ensure a more accurate settlement that is both faster and cheaper than other methods.