So where do you go to let go of everyday stresses in the middle of an urban city?

How about a walk or a bike ride in a natural river valley, or canoe, paddle or swim in a pristine river – before, during, or after a work day?

Say hello to the North Saskatchewan River Valley! Yes “Nature Bathing” at your door step for all four seasons of the calendar year!

It’s the largest urban park in North America – connecting 7 municipalities with over 100km of walking and biking trails and bridges in a contiguous natural parkland of over 80,000 acres along the river.

Yes, it is 10x larger than Central Park in NYC!  Brent  shares insights on the transformation of  the North Saskatchewan River Valley . 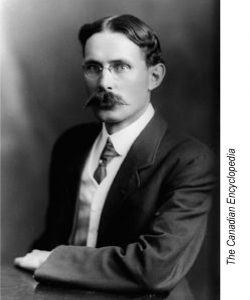 Aside from the sculpting hand of nature, how did this historical industrial heartland evolve into the natural river valley of present? Frederick Gage in 1907 asked the City of Edmonton to consider the creation of a green river valley for future generations to enjoy.

Nature first had its hand during the flood of 1915 – the flood literally washed away all industrial development along the river. Coal mines, lumber mills, and brick yards were all swept away when the flood hit – so drastic was the unforeseen event that the one bridge was almost destroyed. This is a picture circa 1915 of a coal train parked on the low-level bridge placed there to hold off the pressure of the current and debris that dammed the river flow. The iconic Hotel Fairmont MacDonald Hotel sits safely on the hill in the background.

After the flood of 1915, Frederick’s vision was adopted and the City started the development of one of the most pristine river valleys in all of North America!  Many people who lived and worked in the river valley were consequently forced to relocate to higher ground.  From that point forward, no industrial development was approved to operate along the riverbank.

Over time, technology and conservation have helped nature with the transition from what was a highly industrialized river valley of 1915 to what is now a pristine urban parkland that sets the tone for access and connectivity for Nature Bathing in the pristine water and the urban parkland in the North Saskatchewan River Valley.

Stay tuned for Episode 2 on activating “Nature Bathing” along the North Saskatchewan River Valley to connect people and communities with nature – a way to promote healthy Lifestyles and Living for the next generations! Brent shares insights on the current initiatives to enhance the integration of Lifestyle and Adventure activities into the river valley and the capital projects including bridges and trails.

About Brent Collingwood
Brent is the Executive Director of the River Valley Alliance (RVA) responsible for executing the Strategic Plan as approved by the Board and managing the day-to-day operations of the RVA. Brent holds a Bachelors degree in Physical Education and a Masters Degree in Education focused on leadership and change.  Brent is an avid runner and enjoys nature photography.

About the River Valley Alliance (RVA) – 7 Municipalities, 1 Plan, 1 River Valley
The RVA was formed in 1996 by the seven founding shareholder municipalities bordering the Capital Region’s North Saskatchewan River: Town of Devon, Parkland County, Leduc County, City of Edmonton, Strathcona County, Sturgeon County and City of Fort Saskatchewan. On March 5, 2003, the RVA was incorporated as a not for profit company under Part Nine of the Companies Act of Alberta. In 2008, the RVA released its conceptual Plan of Action for one connected, continuous river valley after extensive public and stakeholder consultation.
Phase I
-a $90 million Capital Program, brought to reality 13 projects including the creation of 70 km of new trails.
Phase II
-an additional $100 million Capital Program, will consist of another 13 projects including four pedestrian bridges, boat access points, a waterfront promenade, and the creation of 33 km of new trails.