The world was  starting to accept the premise that AI and Robotics was shifting our future living, learning and lifestyle – when the pandemic hit and accelerated the adoption of digitization, e-commerce and automation!  Enter 2021 and now tech nouns are becoming verbs – like “Zoomed, Teamed, Slacked, Remoed, Discorded“, and with remote of everything becoming the norm rather than in-person meetings of past.

After a year of experimenting with virtual platforms, from remote learning to remote working, and to even remote lifestyling (yes “guilty” here of using a noun as a verb), workers, businesses and learning organizations are shifting their thinking during this COVID lesson –  from recruiting and onboarding, to skills and training, and to best practice regimens of pre COVID paradigms.

According to McKinsey[1], of eight countries surveyed (US, Japan, Germany, France, Spain, UK, China and India), “107 million workers will need to move to new occupations to stay employed”. This is a transformative transition – with the greatest impact on lower-wage workers, women, youth and ethnic minority groups! 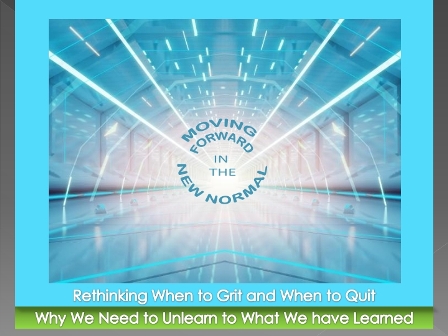 This transition will require all of us to “unlearn what we have learned“ (as Yoda said to young Luke Skywalker on StarWars), before we can move forward!  Interesting isn’t it, on how movie memes seem to always make their way into our lives?  Is there something that Hollywood knows –  that they can share with the rest of the world?

So how do the 107 million workers and their families move forward?
Adam Grant[2] has a few things to suggest in his new book  “THINK AGAIN”.  To bring us along with his thinking he quotes two known iconic influencers you might know:

So how do we move forward?
In a recent 2021 Politics and Prose with Adam Grant & Angela Duckworth video, we see Adam Grant, author of “THINK AGAIN” interviewed by Angela Duckworth[3], author of “GRIT” The Power of Passion and Perserverance –  on whether to use GRIT or to THINK AGAIN on navigating through learning, careers, and life in general.  So which approach fits the times  – to help the 107 million to move forward?  Well, it depends on the people, situations, and circumstances. And of course there’s always the possibility to use a hybrid approach.  Read on…

In the recent genre of businesses and of professions, the paradigms of pre COVID times focused largely on performance, results and best practices – leaning to Angela’s “Grit” side of the approach.  On the other hand, the hold and rethink is another a way  to reconsider your options or pivot (a startup biz verb) as a way to move forward post COVID.  Adam says “We can operate more like scientists, defining ourselves as people committed to the pursuit of truth – even if it means proving our own views are wrong“.  So pivoting does not necessarily mean failure.  Changing pathways is not failing your “GRIT” – to persevere or to follow your passions, or to overcome obstacles in this New Normal World! 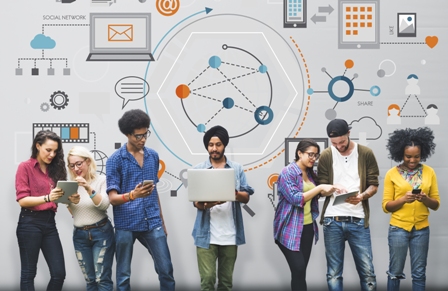 So what are the obstacles to moving forward?
According to author Matt Beane[4]  “Learning to Work with Intelligent Machines”, job learning (OJL) plays a key role – however OJL has been disrupted by “AI and Robotics in changing the roles and tasks of jobs”. He notes that pre-COVID, “only one in five workers had learned any new job skills through formal training in the previous years” (Accenture 2011). The deployment of “analytics, AI and Robotics into many aspects of work” in the New Normal World has created a chasm in the growing skills gap, and has disrupted the traditional OJL approach to train, reskill, upskill and transform the 107 million workers.

So what can we do to move forward in this New Normal of Digitization and Automation?
Matt answers this with Shadow Learning.  Shadow Learning is a way to overcome the disruption of the OJL approach.  It’s a new term for what we once referred to as apprenticeships, trainees, residents, interns, fellows, and many other terms, depending on the occupation and industry sector.

However, there are still obstacles to Shadow Learning in the digital and automated New Normal economy of AI and Robotics.  According to Matt:

Ok, so how have Shadow Learners approached and managed the obstacles and the disruptions to their career advancement?
Well, as a result of the obstacles discussed above, Shadow Learners have resorted to “bending the rules” – covertly out of the way, to get the experience they need –  which may be in the short term effective, but as Matt says, can take a toll on an organizational.  So, are Shadow Learners both rewarded and punished for taking this approach?  Matt says apparently people take these risks because “their learning methods work well where approved (the rules) means fail”.