We chatted with Erin and Mackay in Episode 3 about human teamwork that is augmented by their robots –  who can almost squeeze into any confined space!

In Episode 4, we chat with Erin Moffatt, Business Development Executive at Confined Space Robotics (CSR) about the types of work that their robots can do.  CSR custom designs each robot for each specific sandblast application in almost any type of environment hazardous to humans.  As an example, for those who love hero action movies where the guys and gals crawl through tight spaces to save the day – scenes that get you gasping for air (and drop your popcorn, pop or beer), this is the type of situation where their robots can be deployed to blast safely.   And yes then this version of an action movie then has a good happy ending – and heroes!

Erin shares on how these robots can be specifically customized to not only be in tanks (agricultural, chemical and water) but can also be deployed to be in ship and submarine hulls, radioactive mines and even the back holds of garbage trucks!  Yes, the garbage truck gave us a good picture the types of scenarios where humans may rather have robots do the work!

So, will reusable space rockets and capsules be next?  Who knows, maybe we may see their robots in a future action movie?  The only question then is who would be the action hero star?

Check out their story! Stay tuned for Episode 5 on What’s Next? 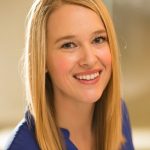 Erin is the Business Development Executive at Confined Space Robotics. She holds a P.Eng, as a graduate of the BSc program in Mechanical Engineering from the University of Calgary. She has experience in project management and business development within Canada and abroad. Her skills range from years managing multimillion-dollar projects to Full Stack Software Development, to Social Entrepreneurship, and working in the Non-Profit Sector. She has had the privilege of speaking at entrepreneurial events and conferences has refined her interpersonal, leadership and communication abilities.

Mackay Spence is robotics technician at Confined Space Robotics since 2019. He is involved in full scope of the business from the design and prototyping of the robotics parts to the operation and maintenance of the robot.

Spence Corrosion Services is a Canadian company that specializes in on-site blasting and relining of storage tanks and pressure vessels exposed to corrosive or abrasive environments. They have served the Oil & Gas industry for over a decade and are familiar with the dangers present in their field. Even with all the administrative controls set in place and the PPE used, incidents have occurred during the abrasive blasting process.